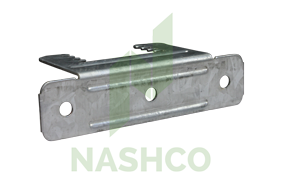 The BG series Furring Channel Clips are the most popular wall battening clip on the market. Designed to support the N08 and the N29 Furring Channels in a wall application they are most commonly fixed to masonry walls. The BG02 is an extended version of the BG01 clip, it also features 4 fixing points for the furring channel offering fast and rapid adjustment. The BG02 Clip allows for a cavity of 22-42mm, plus the height of the furring channel, either 16 or 28mm.

The BG Series clip are most commonly used in  a wall application and often fixed to structural masonry walls to line them with plasterboard. Common applications include;

The BG Series clip can also be used in a ceiling application for low-height ceiling cavities.

The clip is often used in conjunction with Wall Track, which is secured to the floor and ceiling of the wall to be battened. The BG02 clip is then used to support the mid-span of the furring channel.